For Thanksgiving, my wife decided to visit her family in the Okanagan Valley to spend some time with them. She wanted me to go, but I had a lot of work at the time and told her that it would be pretty hard to get the time off to be able to fly out west, and that I would have to sit this one out. Little did she know that I bought my tickets a little bit after her and decided that I was going to surprise the bejesus out of her!

Once she left, I found myself with a lot of time on my hands (husbands will know lol) and wanted to do something creative and fun! At the same time, my boss had started this challenge of waking up at 5am everyday in order to get more done, and I had followed suit (for the record, that ended after exactly 2 weeks!) with the intention of capturing a few timelapses around Ottawa. END_OF_DOCUMENT_TOKEN_TO_BE_REPLACED

On June 07 , my step-father turned 60. That’s 21,914 days! You wouldn’t think that Todd is 60 by his fantastic attitude towards life! He’s still sharp, fun, clever and curious as ever!  I was asked to do a video of him for his birthday, that would have pictures of him through the years. I decided that it would be more fun to have friends and family talk about Todd in between, and boy, did people have great things to say about him!

Todd also had a birthday party to celebrate his 6 decades in this world, all done by his wife ( and my mother!), who settled for a James Bond style setting. If there is one word to describe this party, it’s laughter. The place was full of energy and people having a great time, and I hope to be able to celebrate many more with Todd! 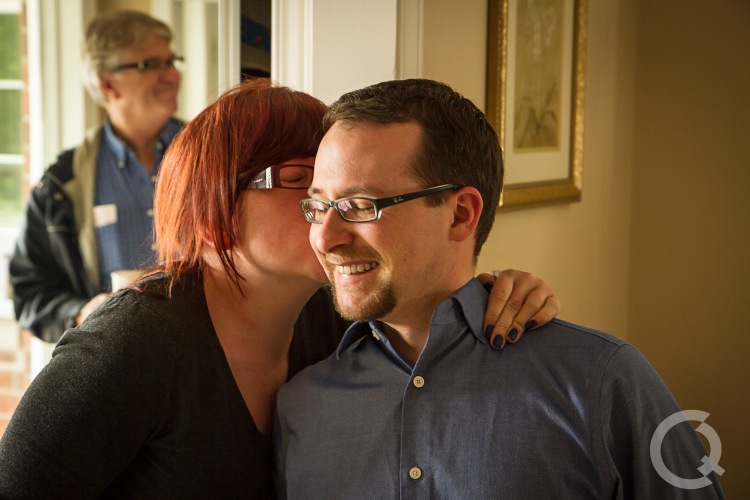 END_OF_DOCUMENT_TOKEN_TO_BE_REPLACED

I didn’t actually take any of the video the day I shot Kavitha and Sean’s engagement party, I was photographing it! Shooting video though,  is something that I also enjoy doing. It’s very different from photography, and yet you need to know a lot of the same things in order to do it right : lighting, scenes, backgrounds, where the sun is, color contrast etc etc. So when I was asked if I could shoot video as well at the engagement party, I knew I wouldn’t be able to shoot it myself…but I knew just the right person!

Alex is my brother in law and one of my best friends! We both grew up in Mexico and both love photography and videography, though he actually studied some of it! So I went to Alex and asked him if he’d like to shoot the video for the wedding and he said he’d love to!  END_OF_DOCUMENT_TOKEN_TO_BE_REPLACED

Yesterday was children’s day in Mexico and to celebrate, I decided to pamper my inner child and went to see a 59 ft robot! 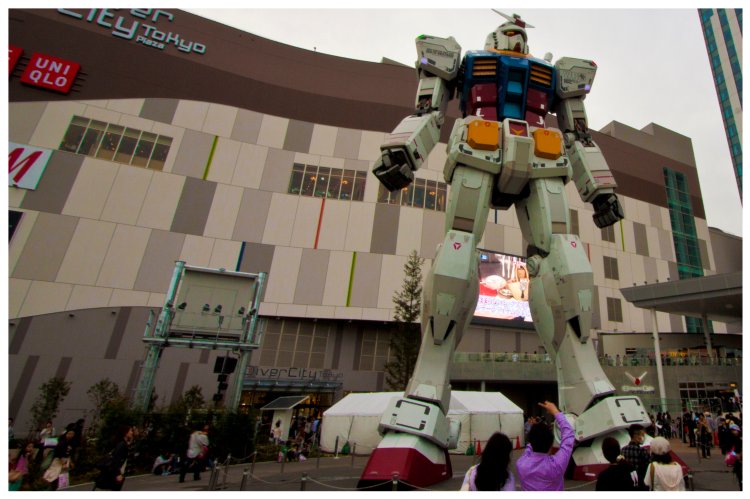 He is part of an anime series called Gundam (there are many different tv shows and comics based on these robots), where the heroes had their own giant robots. The series was huge in Japan, and I was a fan when they showed some of the cartoons in Mexico, so to see one of your childhood heroes come to life is a mini-dream come true!

There were a lot of people there to see the robot. Some dressed as characters and were nice enough to let us take a couple of shots with them! The whole thing was a pretty neat experience!

Oh, I forgot to mention this. He also lights up at night.

You’ll have to forgive these pictures not being at their best. You can thank the Cambodian thief who stole my camera, which had the connecting piece for my tripod attached to it, so no tripod to steady the images! I did what I could though! ^_^

Finally, here’s a video of the show they do! It was fun to watch, though the video doesn’t do it much justice!

If you’re in Tokyo and are an anime fan, I would definitely recommend heading out to see him. Even if you aren’t a fan, what would a visit to Tokyo be like without seeing a 59ft moving robot? I must say that I am enjoying Tokyo in many ways that I did not think I would. It is a city that masterfully mixes traditions and history with technology and progress, and the more I lose myself in it, the more connected I feel!

While I was travelling in Cambodia, a friend of mine contacted me with a proposition. It turns out that he had bought a hotel in Siem Reap, and he wanted me to make a promotional video for him. I have played with the video features of my camera before, and I’ve always been impressed with the quality (especially when you pair it with a decent lens), however, I had never done a project for someone else and the idea of a friend placing a part of their advertising in my hands freaked me out…until he said that in exchange I could stay at his hotel for free. We arrived 2 days later lol

I didn’t really know much on how to make a promotional video, mainly because I tend to ignore them on TV, so naturally the first thing I did was go to the bar and get a beer, then have a nice lunch with my wife, then visit the Angkor temples!

After I got that out of my system, I got to work on the video. It’s not the best, and looking at it again, I can already see things I would change, but it’s the first project I’ve ever been paid for (even though I received no money, 4 nights at a decent hotel is not a bad payment!), and it’s a good start!